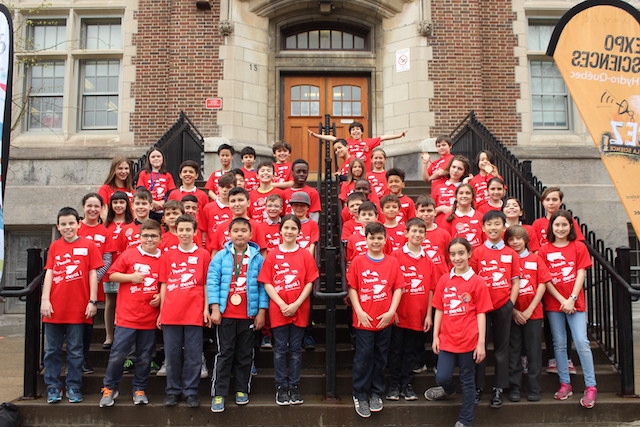 The English Montreal School Board (EMSB) will proceed with the relocation of students from Westmount Park Elementary School for two years to Marymount Academy International in NDG and the former St. John Bosco Elementary School in Ville Émard. Meanwhile, plans to create a new Français Plus primary school in NDG has been delayed in order to consider another option for the intended facility.

Westmount Park Elementary School will undergo major renovations. Due to the scope of the $12.5 million project, this will require that the entire school population be relocated for the 2019-20 and 2020-21 academic years. The more than 700 students will be split between Marymount and St. John Bosco and both sites will have Pre-K to Grade 6 levels in order not to separate siblings.

With West End elementary schools bursting at the seams in terms of enrolment, the EMSB Long Range Planning Committee had originally proposed the opening of a brand new Français Plus primary school at 4850 Coronation Avenue in NDG. The specific over-crowding of immersion schools in this area extends to Edinburgh (127 percent capacity) in Montreal West, Merton (107 percent capacity) in Côte Saint-Luc and Willingdon (90 percent capacity) in NDG. In order to accommodate the new school, the EMSB had recommended that two alternative high schools – Focus and Outreach – have their population relocate to the James Lyng High School facility in St. Henri. The latter presently has a lease with Centennial College, which concludes on June 30, 2019.

The Council of Commissioners has accepted a new proposal from Long Range Planning for one of  the schools experiencing overcrowding (Edinburgh, Merton or Willingdon)  to take over the Coronation Avenue facility as a Junior campus (Pre-k to Grade 2) in order to immediately alleviate overcrowding in their own school and in the other two West End schools. In addition, the school that takes over the building as their Junior campus could also offer the Français Plus Program. The first Français Plus immersion program would operate from Kindergarten to Grade 4 (instead of from Kindergarten to Grade 2) and 50 percent- English and French - in Grades 5 and 6.

All three of the elementary schools in the West End presently experiencing overcrowding will now be consulted on whether they would be willing to take over the Coronation Ave. building and offer a Junior campus as of August 2019; offer a Français Plus program option in their school within the next 18 months, and accept over-flow students from the other two elementary schools given the increased number of classrooms assigned to their school over two sites.