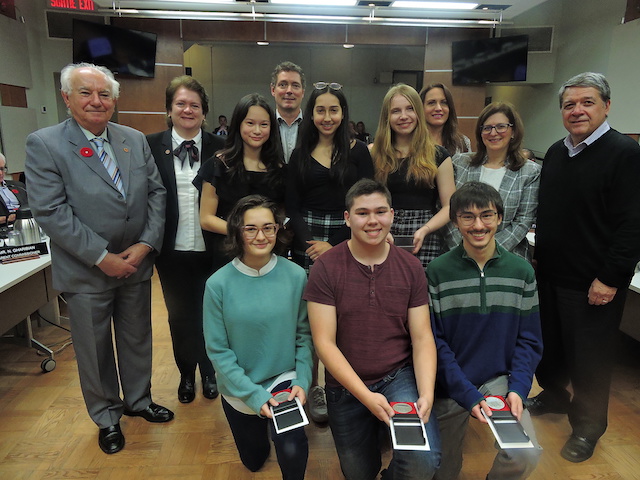 Five students from Royal West Academy in Montreal West and one from LaurenHill Academy in St. Laurent were recently presented with the 2019 Robert Alfred Peck Prizes for Excellence in French.

Present day Grade 11 students Roxana Barin, Allison Engo, Alessandro Ferraro, Ronit Bathsheba Gelbart and Jesse Sutherland of Royal West and Siena Blier of LaurenHill each attained the mark of 100 percent. They received medals and cheques in the amount of $150.

The late Mr. Peck began teaching in the 1930s and served as the superintendent of French for the Ministry of Education and held similar posts with the former Westmount School Board and the former Protestant School Board of Greater Montreal. He was a department head for French at Lachine High School and vice-principal of Riverdale High School on the West Island, having completed his career as a teacher in Africa. Mr. Peck co-authored Le Français Pratique, the textbook for the teaching of French as a second language with Elizabeth Buchanan. It was a mainstay in Quebec Protestant English schools for over 20 years. This prize was established by the Peck family and the EMSB in 2002.