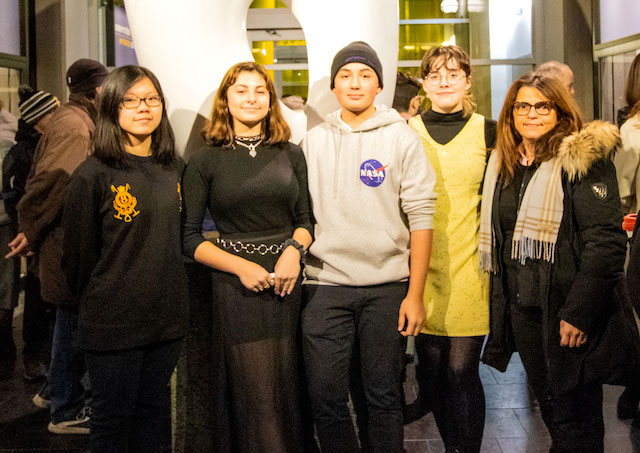 Students from Westmount High School, under the guidance of Arts Department Head  Silvana Anania, participated in an Educ/Expo vernissage of the intercultural art project for teenagers called Hybrid Identities  at the Montreal Museum of Fine Arts.

Hybrid Identities is an art project about identity and the links that may exist between teenagers from different origins. It is a collaboration between the museum and the Temple Emanu-El-Beth Sholom, with the participation of Westmount High, Collège de Montréal and the Montreal City Mission.

Westmount High students Grace Rose Tussman worked with  Louis Hamdouna  and Benjamin Mak from Collège de Montréal, and Kylie Savage from Temple Emanu-El-Beth Sholom on a project entitled "In the Moon."   It took seven weeks to complete. “Because we wanted it to reflect each one of our individual personalities, as well as how we all connect, it required a long process of discussing what we had in common and turning that into a work of art,” said Grace. “Once we got to know each other, we decided to draw out our qualities of our identities and hobbies onto the Bristol board.”

Using different media such as paint, sharpie and coloured pencil, the work expressed elements such as music and the participants’ cultures and hobbies throughout the piece. “The figure presented is a being that in a way represents us all, and is surrounded by elements that we all enjoy and which represents our identities as one,” said Grace.  “For example the music playing through its earphones, and the homage to others artists surrounding it. An element that struck me in particular about this project was coming to the realization that even though we attend different schools, we have so much in common and share many of the same interests.”

Three other Westmount High School students, Chloe Brown, Ngoc Khue Cao and Nikitas Yannakis,  were also part of teams who created an artwork.  The exhibit continues until February 16 at 2200 Crescent Street. Sylvi Plante is the organizer. 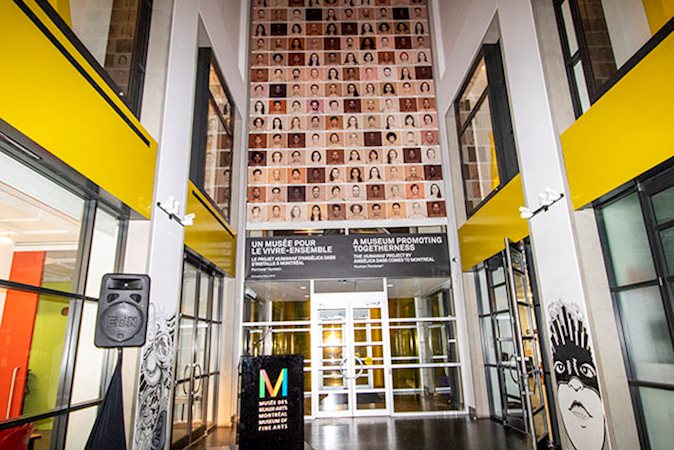 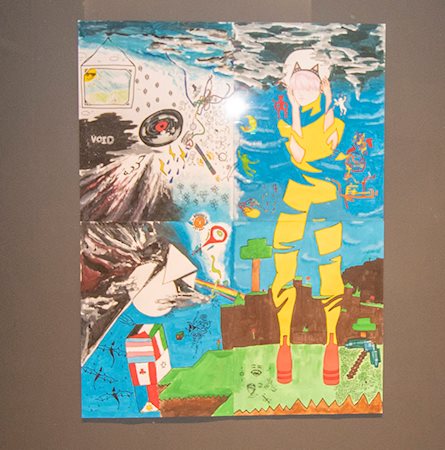 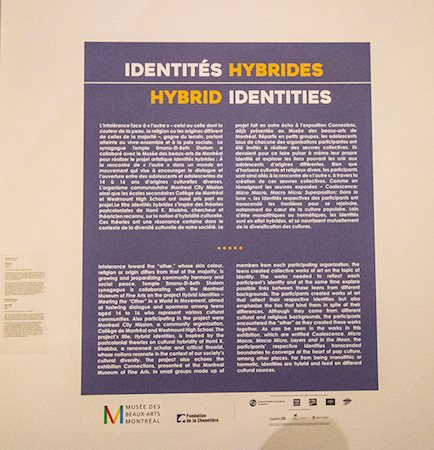 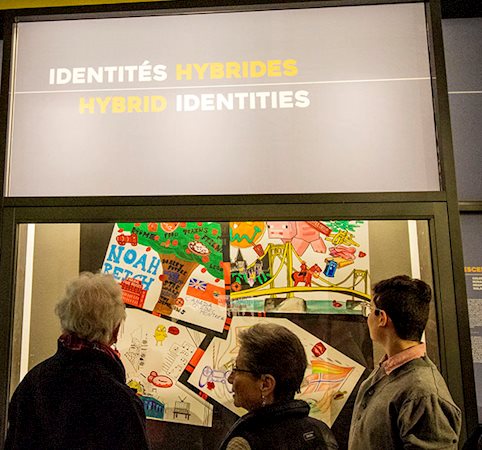 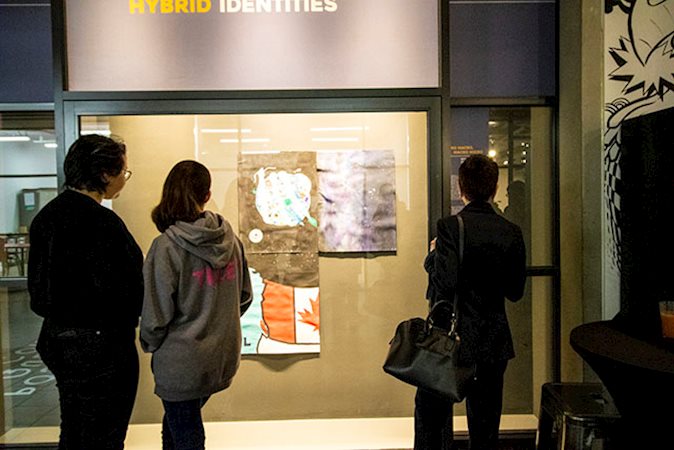 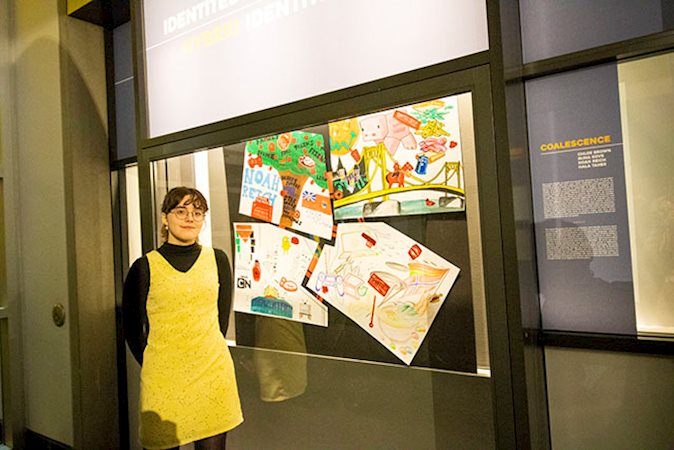 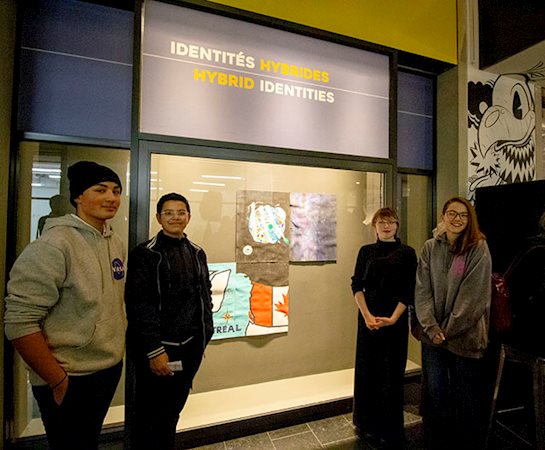 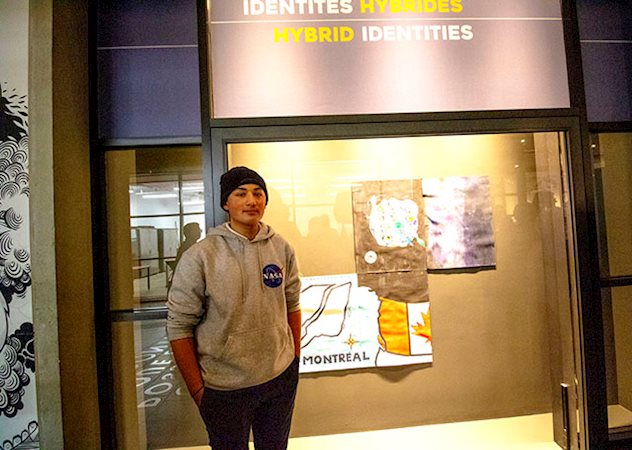 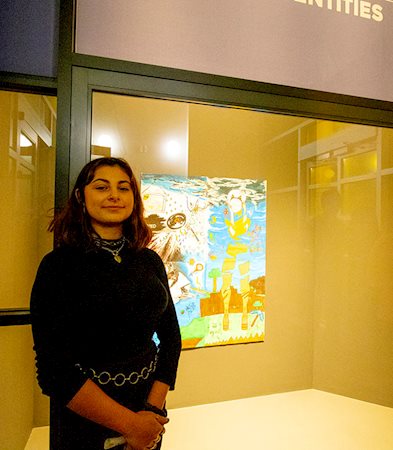 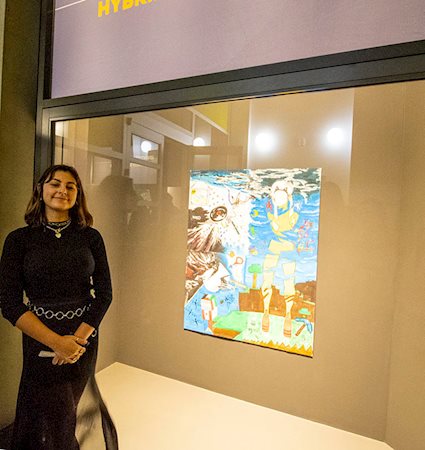 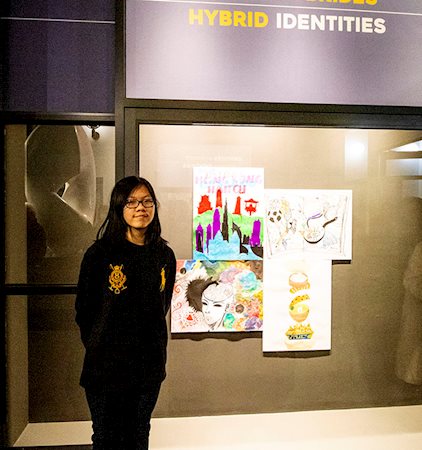 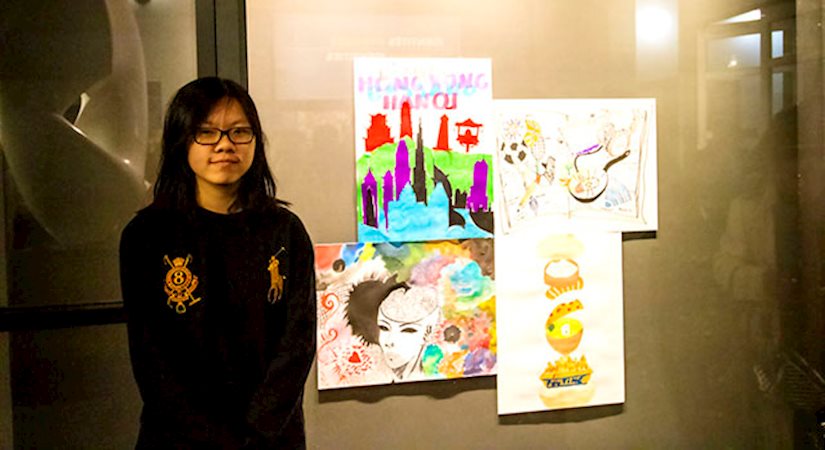 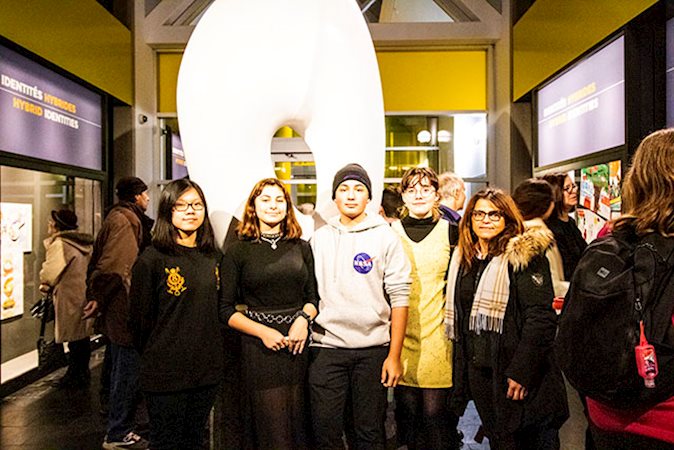 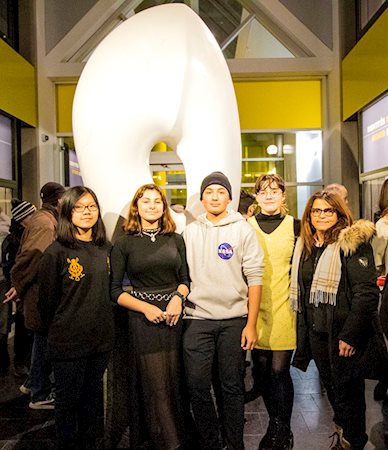 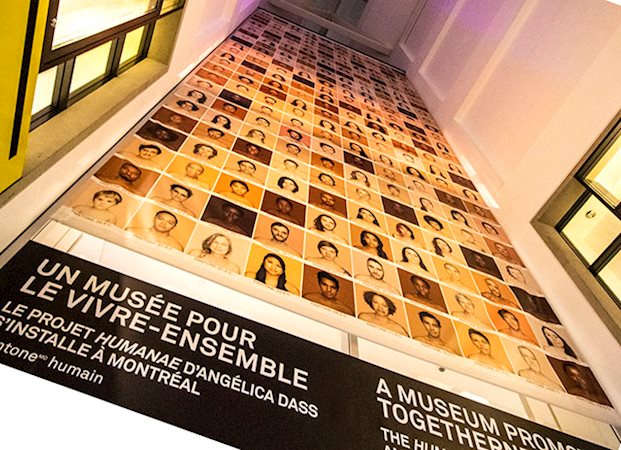 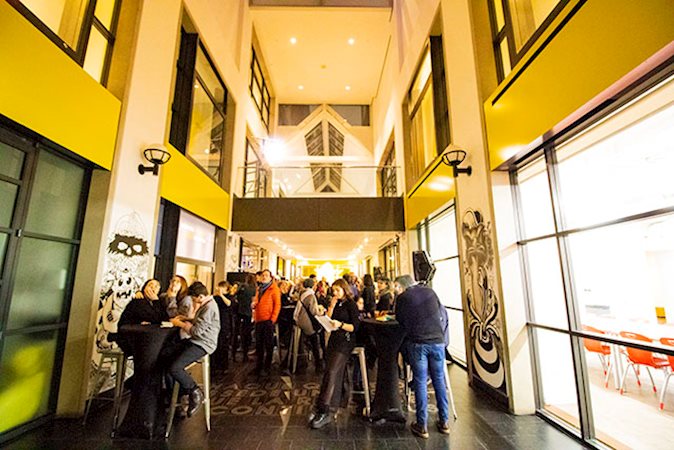 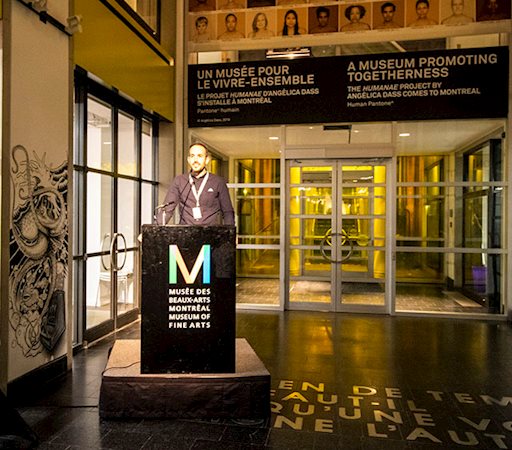 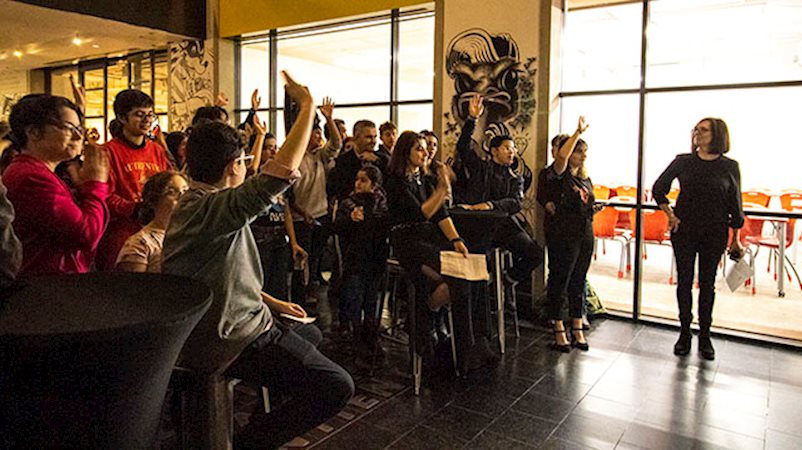 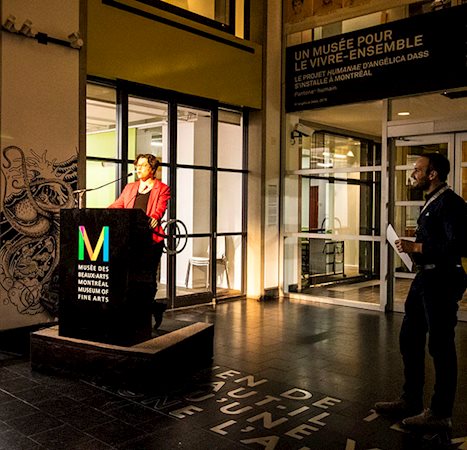 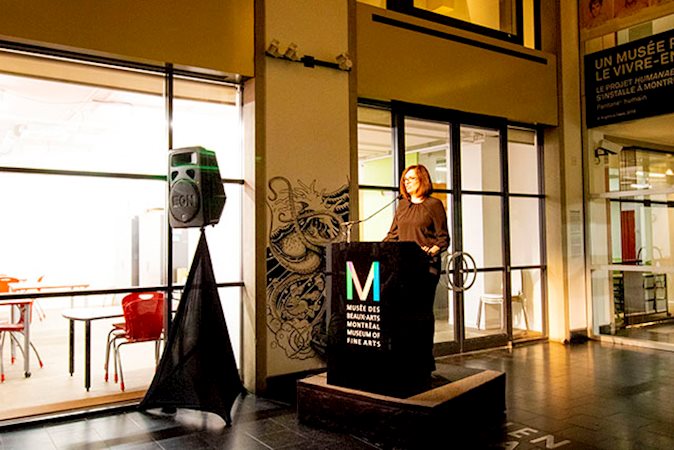 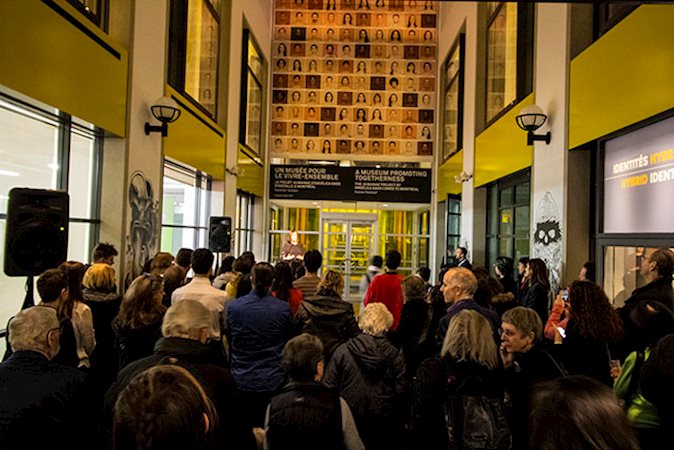 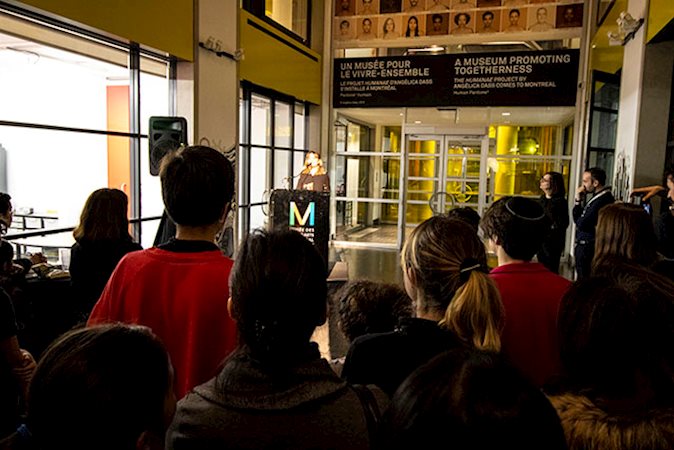 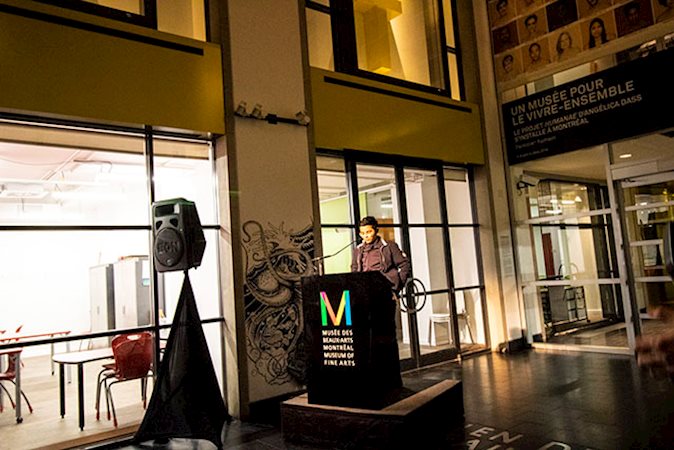 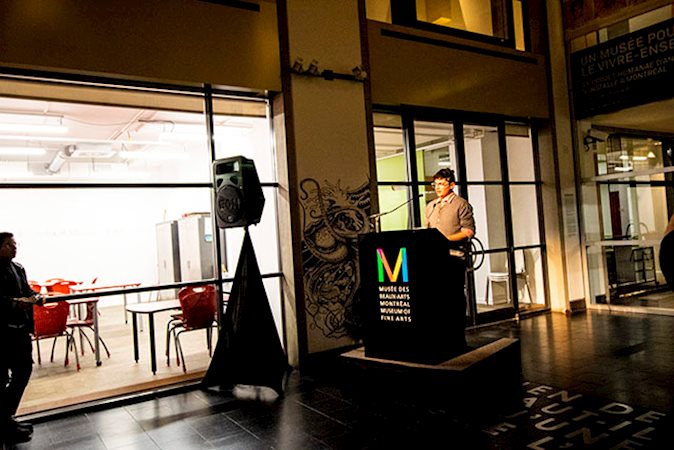 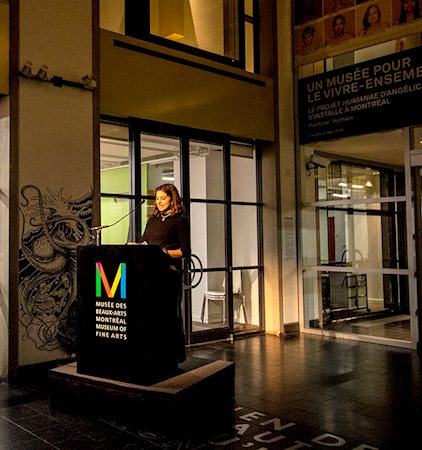 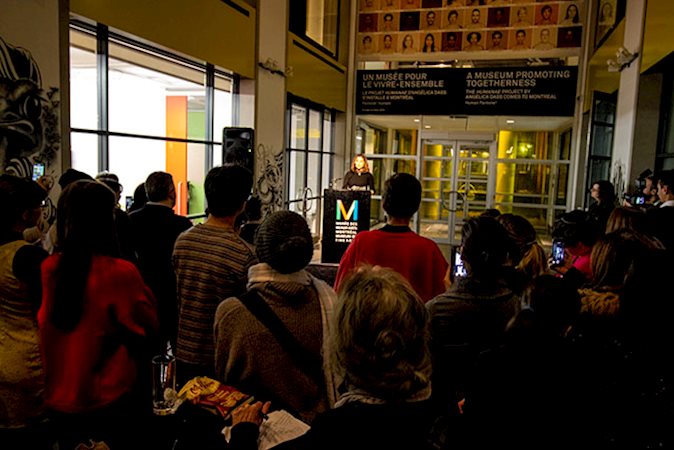 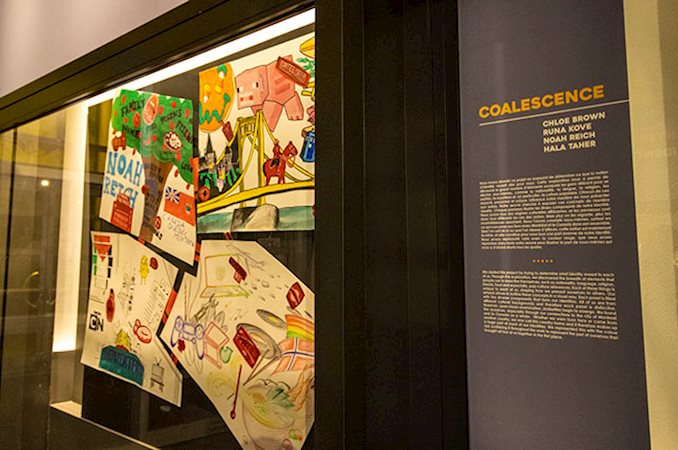 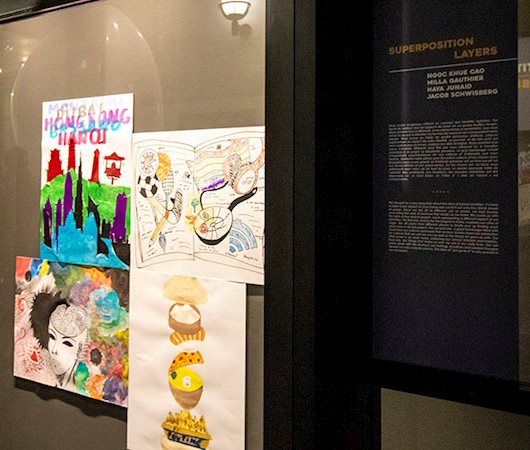 May 20, 2022
EMSB begins welcoming some students from Ukraine to schools
Read More

May 06, 2022
EMSB Teachers Recognized For Excellence
On the occasion of English Montreal School Board Teacher...
Read More