Born and raised in Shawinigan-Sud, Mr. Monfette began his career teaching deaf children using sign language in St-John’s, Newfoundland. Prior to his start as a teacher, he received his Master’s Degree in deaf education in Nova-Scotia where he was one of seven people selected to later teach at the Newfoundland School for the Deaf. He continued teaching in this area for 17 years at the NDG-based Mackay Centre School. He then went on to become vice Principal and then Principal of the Mackay Centre and Philip E. Layton Schools. Five years later he moved on to become the Principal of the English Montreal School Board Alternative Outreach School Network. 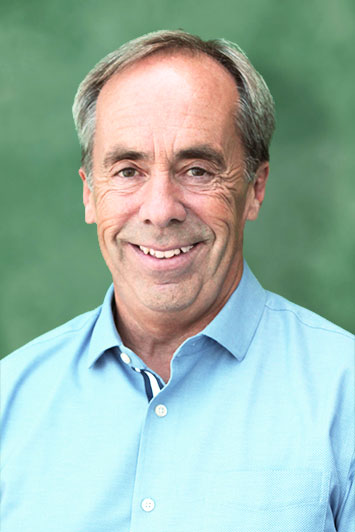 Mr. Monfette credited the staff working in these schools for their resilience and their great care for their students. He was also much impressed with the parents of these students, who incessantly showed their children love no matter how challenging their paths got. “They don’t come with a manual,” Mr. Monfette said about the students, “They have so many challenges the motto of these schools was ‘Make it work’, as obstacles weren’t easy to predict and solutions were not always obvious“.

Mr. Monfette later became principal of Wagar, where he spent the last five years of his career. “I loved it,” he said with a fond smile. When asked about working with the students, many of whom have special needs, he said. “I liked the exceptions. I’m very grateful to have always liked my job and I’ve always gone to work happy.”

The highlights of Mr. Monfette’s career were overcoming obstacles, working with very dedicated people, and learning from all the specialists who surrounded him as they worked on interesting cases. He is also thankful for the memorable moments he got to spend with students. One such experience was witnessing blind children learning to skate with the help of people from Hockey Without Borders. He recalled being surprised when Scott Barish, who was involved with Hockey Without Borders, first proposed the activity. Despite his initial reservations with such a proposal, Mr. Monfette eventually agreed to bring the students out to the arena. “We took blind kids who had never been on ice, who had never worn skates,” he said. “Scott came with a bunch of people and he taught them how to skate. It was so cool. The kids loved it, and so they began making skating a weekly activity.”

Mr. Monfette, who is a pretty good skater, recalled how he once went on the ice with his eyes blindfolded in order to gain some insight on how his students must feel. “It is the scariest thing,” he said, noting that he felt as if he was high up in the air with no sense of direction.

Mr. Monfette worked with Berish again when he came to the Wagar Adult Education Centre (formerly called Marymount Adult Education Center), which saw students from all over the world introduced to Hockey Day. The school often takes initiatives to teach international students about Canadian culture. “We try to educate them about what it means to live in Canada, to live in Quebec,” Mr. Monfette said. “We organize activities like apple picking and visits to the sugar shacks. Therefore, it came as no surprise that hockey game would be a worthwhile experience for the students.”

I’m very grateful to have always liked my job and I’ve always gone to work happy.

After 38 successful years in the field of education, Mr. Monfette feels at peace in taking his retirement and beginning another chapter in his life. When people ask him why he finds the decision peaceful, he answers that he’s still young and healthy. “In my family, we have longevity,” he said with a smile. He plans to break habits, and take a few years to do all the things that people say they do when they retire, such as travel and perhaps even play golf. He’d like to continue his studies in some form “to work the brain.” he said.

Nov 22, 2018
The EMSB’s AEVS Centres open a world of possibilities
Did you know that students who attend an English Montreal...
Read More

Oct 02, 2018
Providing an effective response to a crisis with the Emergency Response Plan
Read More