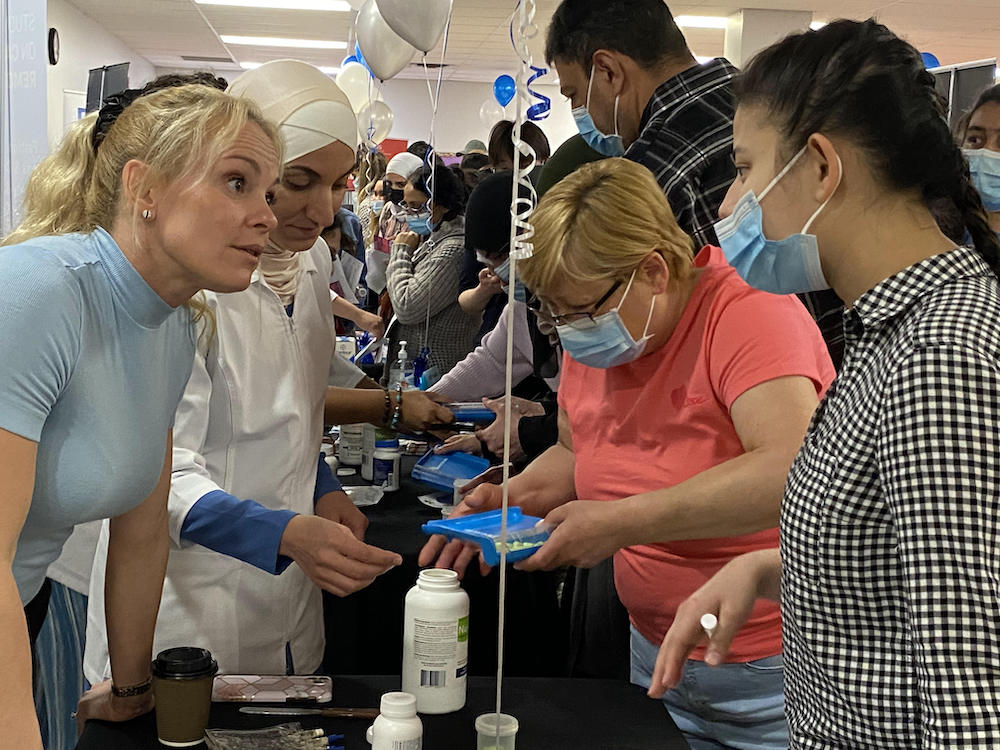 The cafeteria at the St. Laurent Adult Education Centre (SLAEC) was abuzz the morning of May 25 for this year’s in-person Career Fair. Presenters from a variety of post-secondary institutions, Montreal employers, and local governments were stationed at their booths, ready to take questions from curious students.

SLAEC’s goal with the event was to empower students by giving them the tools to make informed decisions about their future career paths. The Career Fair kicked-off shortly after 9:00 a.m. when dozens of students began filing into the room.

A total of 18 institutions were represented, including the National Assembly, MacDonalds, Canada Post, and the YMCA. Dr. Michelle Carroll with the SHADD Health and Business Centre says her team was there to promote their school to motivated people who are committed to trying something new.

The booths were decorated with pamphlets, flyers, and trinkets. There were cookies laid out at the St. Pius X Career Centre booth, baked by students from its Professional Cooking program. SHADD booth visitors were invited to play a game, seeing who could count pills the fastest, an easily demonstrable part of working at a pharmacy.

Attendee Jin Heng, 20, said he was interested in going to an academic institution after completing his studies at SLAEC. He was pleasantly surprised to find Dawson College, Lasalle College, and Concordia University all represented at the Career Fair. “I might have some questions for them to ask about my further education,” Heng said.

Master Corporal Aristote Rayon said he was there with the Canadian Armed Forces to let people know they are recruiting, but also to educate people about what the Canadian military does. “Even when we are less in demand, we still come to fairs…. Just to remind people that we are still serving and that they can still join us,” he said.

Volunteer opportunities with Centre ABC stood out to students Ritta Abido, 20, and Abdul Alatassi, 19. Alatassi said volunteering is a great way for young people to build their resumes for the future.

For 36-year-old Azza Dashan, it was SHADD’s Pharmacy Technical Assistance program that stood out to her. Dashan hadn’t considered the pharmaceutical industry before the Career Fair but said it’s something she’s now seriously considering.

“I found many things very interesting and very useful…like the Pharmacy Technical Assistance,” Dashan said. “It’s very nice and I’m very interested in going there and learn about it, to [earn] the certificate and start working at the pharmacy.”

You can listen to our EMSB Radio Report here: https://soundcloud.com/englishmtlpodcasts/stlaurentadulteducation 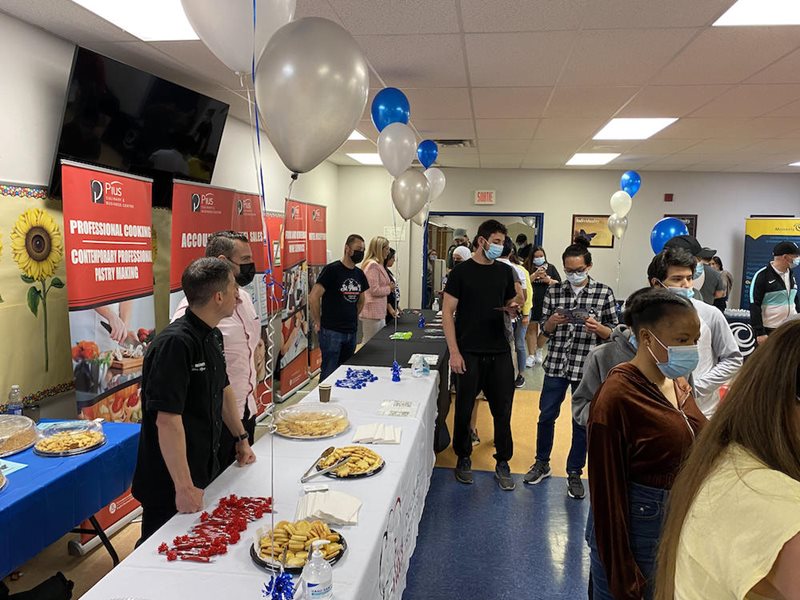 Nov 09, 2022
EMSB offers tailor-made training for business
The English Montreal School Board has a new service that can...
Read More